The Future of Gun Sales

I wanted to start sharing news as it happens that is relevent to First Coast Firearms customers and I thought it would be best to start with what was said by Obama in his press conference on Jan. 5th.

I watched it live. While all has been promoted that there will be Executive Actions taken by Obama, as of today, there has not been any signed orders. But I like to back my statements up with facts, so check for yourself here: https://www.whitehouse.gov/briefing-room/presidential-actions/executive-orders

I do believe Obama does not have a way to enforce all of his proclaimations, it's just what he demands us to do. I mean, how often does your biometrics on your phone work? What if your hand is wet, cold, at the wrong angle or in your weak hand? We will safety ourselves in to a box, a pine box with brilliant ideas like this.

There are a lot of claims made by the anti-gun movement that use funny math and eloquent language to cover up the untruthfulness of what they say.

For instance, Obama loves to say 30,000 people die each year as a result of guns. What he's really doing is combining the number of Suicides by Gun and the number of Gun Violence deaths together.

In an independent and more importantly recent study by the Pew Research Center, the data shows that the rate of gun homicides has remained flat for over a decade. Read it here.

I love showing the numbers so here's a handy little comparison for you.

What really kills people the most.

If you want to read more of what Obama's master plan of Executive Actions are click here.

2nd Amendment Rights... but not really

The State of Silencer Legislation

2nd Amendment Rights... but not really 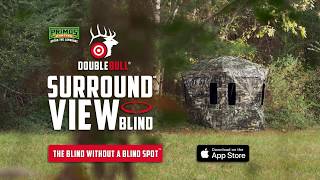 The State of Silencer Legislation

The Future of Gun Sales